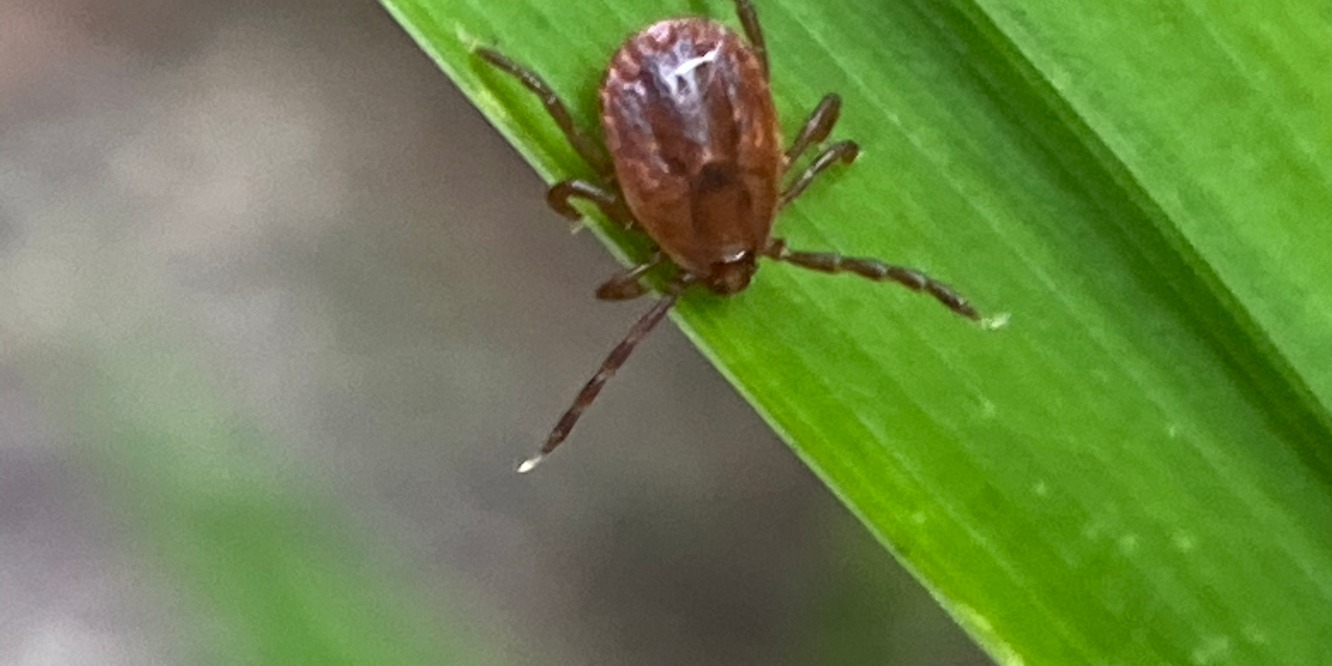 New Jersey has a new visitor, and it’s not welcome.

No one is quite sure how the longhorned tick Haemaphysalis longicornis, an invasive bug originally from East Asia arrived in New Jersey and where, exactly, it came from. But what is clear is that this new tick is capable of surviving winters in the state and is now establishing a stable population. That is bad news for both animals and people because this arthropod can bite them and transmit disease.

This is not the first time this species has found its way to new habitats. Over the last century, the tick has colonized Australia and New Zealand, along with other Pacific islands.

One of the traits that makes this tick such an invasive pest is that it is a parthenogenetic species, which means it does not need males to reproduce. Just one female tick is enough to establish a new clonal population that is genetically identical to its mother. In fact, clonal populations are present in Australia, New Zealand and Asia.

The tick was first discovered feeding on a single sheep in a farm in Hunterdon County, New Jersey, in August 2017. The tick was identified by the Center for Vector Biology at Rutgers University and the Hunterdon County Department of Health, and later confirmed by the National Veterinary Services Laboratory.

Despite treating the sheep and surrounding fields with the pesticide permethrin in late September to contain the infestation, H. longicornis survived the winter and reappeared in the spring. Surveillance efforts by our team confirmed the tick was present in Union County earlier this year, and that the New Jersey population is clonal. This underscores the invasive nature of this new pest and the challenges we face trying to control it.

Similar to deer ticks, the immature larvae and nymphs of the longhorned tick are very small, similar to a poppy and sesame seed respectively, and are easily over looked on both animals and people. In Asia, the longhorned tick feeds preferentially on livestock and wild animals like deer, bear and foxes, among others. Though less frequent, H. longicornis also bites pets such as cats and dogs, as well as people.

Epidemics of vector-borne pathogens have risen dramatically in recent years, as we have witnessed the introduction of Zika and West Nile viruses in the U.S., Crimean-Congo hemorrhagic fever in Southwestern Europe, and the continuous emergence of Lyme disease throughout the Northeast of the U.S. and central Europe. Ticks are the most important vectors for infectious diseases in the Northern Hemisphere and second worldwide, after mosquitoes. Thus, the introduction of an invasive species in a new habitat is worrying.

In Asia and Australia, the longhorned tick is known to transmit diseases to livestock including protozoans Theileria orientalis and Babesia spp., which cause anemia, lethargy and occasionally abortions. In addition, uninfected longhorned ticks can endanger the animal’s health since in large numbers their constant blood-sucking causes anemia, loss of productivity, and occasionally the death of calves.

In addition, H. longicornis has been associated with human pathogens including Anaplasma phagocytophilum, spotted fever Rickettsia, and Borrelia spp. These ticks also carry viruses, including Powassan virus, which has a high fatality rate of up to 10 percent. Of those who survive, 50 percent experience permanent brain injury and SFTS virus (severe fever with thrombocytopenia syndrome), which causes encephalitis and severe fever with thrombocytopenia, a shortage of blood clotting platelets. Although tick-borne pathogens are generally tick specific, the fact that this tick has been associated with Anaplasma phagocytophilum and Powassan virus, which are present in New Jersey, raises the question of whether they can acquire and transmit these diseases locally.

So far, there are no documented instances of H. longicornis transmitting human pathogens, and there is no evidence so far that they represent a public health risk.

No new controls in sight

Although an invasive tick like the longhorned tick should be controlled and eradicated when possible, New Jersey already has a tick problem – and so this newcomer tick is not a cause for more alarm. We have four tick species that often bite humans including the deer tick Ixodes scapularis, the lone star tick Amblyomma americanum, the American dog tick Dermacentor variabilis and the brown dog tick Rhipicephalus sanguineous. They transmit diseases including Lyme disease, human anaplasmosis, human ehrlichiosis, human babesiosis, Rocky Mountain spotted fever and Powassan encephalitis.

Unfortunately, ticks are extremely hard to control and efforts to develop new control methods have always fallen short. The best way to protect ourselves is by using tick repellents and checking ourselves for attached ticks after any outdoor activity.

This article was originally published on The Conversation. Read the original article.

View all posts by toledolab